A double top pattern is an extremely bearish technical pattern 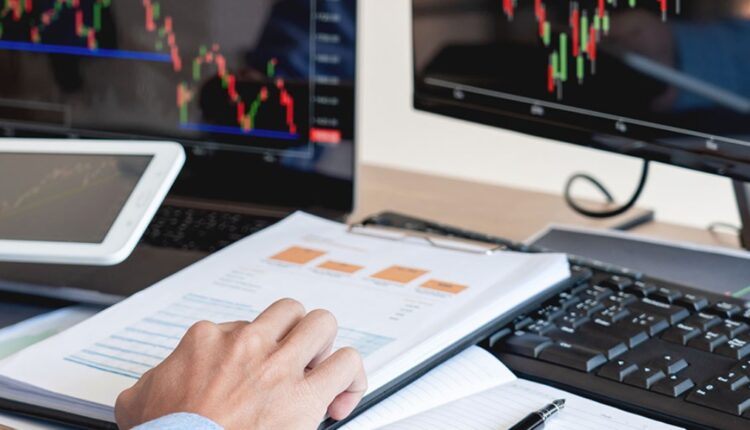 If we look at a chart, it is a double top pattern when the price reaches a high two times but fails to be higher on the second attempt. There are two peaks with sizes that are almost similar, separated by a bottom. This pattern looks like a letter M in the chart, and we consider this to be extremely bearish.

The resistance line runs through the tops, which should almost look horizontal. The pullback between the highs must be moderate. The neckline is the new minor support level. We can say that the pattern becomes confirmed and verified if the price breaches the pullback’s low situated between the two highs.

We can usually see double top patterns in uptrends then reverse it to the downside as the price breaks through the neckline (support line). Another approach is waiting for the price so that it can test the neckline. Now, the neckline became support turned resistance level.

More on the double top pattern

We can describe a double top pattern as a technical and highly bearish pattern that forms as soon as an asset reaches two consecutive high prices, which has a moderate decline. We can also call this the bottom.

We can confirm a double top pattern as soon as the asset’s price declines lower than the support level, equal to the bottom (the low between the two highs). Some might find it challenging to identify a double top since we need confirmation with a break below the support.

As we have mentioned, a double top pattern is a highly bearish one, and it can also continue to an asset’s enormous decline. We need to be careful in the identification of the critical support level to say that the double top pattern we are dealing with is a real one. Patience is a must in these scenarios. If we do not have patience and only based the two consecutive peaks formation, we could be looking at a false reading that can make us leave a position prematurely.

If there is a double top, there should also be a double bottom

A double bottom pattern describes a trend change and reversal from the leading price action that happened beforehand. It also represents further asset declines, a decline of the same or similar level like the original drop’s, and another rebound. If a double top looks like a letter M in the chart, a double bottom looks like a W as it is the complete opposite.

Double top patterns are efficient and helpful, but we need to identify them correctly because if not, they can also cause great harm. One should be very patient and careful when identifying and confirming double top patterns.

Hidden FX Charges: All You Need to Know

5 ways to become a skilled scalper